My Top Ten Theatre Productions in 2013 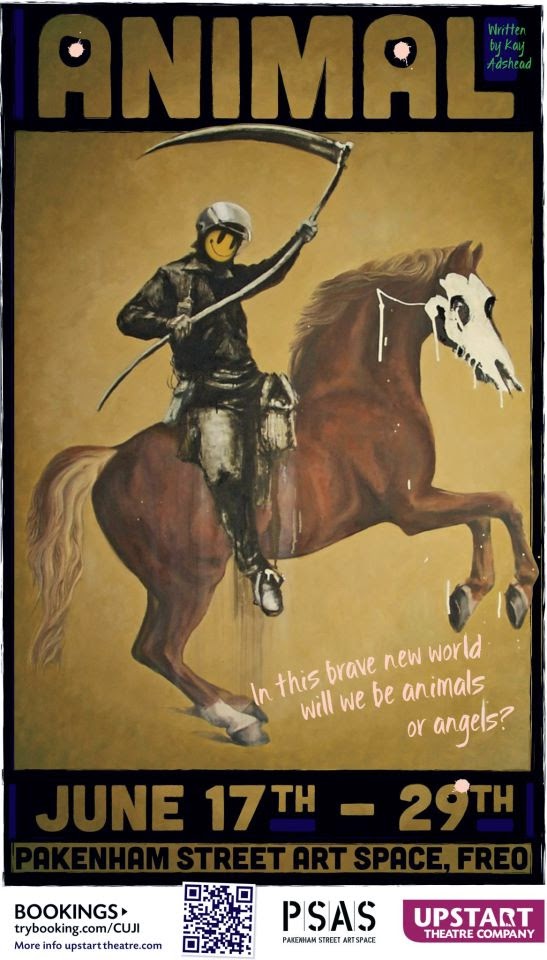 At the start of the year I posted my top ten theatre productions for 2012. It was the first time I had done such a thing despite my love of lists, mainly because my attendance at live theatre had grown beyond supporting an acting acquaintance here and there.

This year saw another leap forward in that regard, attending 25 productions, 3 play readings and 6 PAC Script Lab readings (okay, I had to go to one of them as it was my script being read!). This may not seem a lot, certainly compared to others who appear to see everything, but for me it was. What also surprised me was the number of musical theatre productions which has grown exponentially and feature heavily in this year’s top ten list.

So down to business – these were the ten productions I enjoyed the most throughout the year plus a new addition, my favourite male and female performance of the year.

I truly was blown away by this. The writing was outstanding and provocative; the acting excellent, led by a superb performance from Kingsley Judd.

"This is a brilliantly written play - layered, brutal, provocative, sly, heartbreaking - with every setup paid off to telling effect. Nothing is wasted or misplaced here. It is beautifully acted by Kingsley, Sally (Bruce) and Patrick (Downes) who clearly relish working with such quality material."

Talking to Stephen Lee after the show, he reinforced what was apparent for all to see – sometimes an actor is simply perfect for a role. Rhoda Lopez gives a bravura performance as Edith Piaf.

A two hander that packed an emotional wallop with an authentic sense of time and place as it deftly explores the aftermath of 911 in New York City.

"Memorable, funny, and moving. Above all, utterly authentic."

I had such a good time with this. Raucous and bombastic it was simply great entertainment.

"Sometimes you go to the theatre for thought provoking drama, maybe to see something experimental or the work of a new playwright. Sometimes you get a rollicking, entertaining ride that is flat out enjoyable from start to finish."

A strong ensemble piece that mixed absurdist elements with the all too real circumstances of women having to navigate the “bear pit” of 17th century theatre.

This musical was genuinely laugh out loud funny and had the added bonus of me seeing a large chunk of it from the stage before bombing out on misspelling “zomathary”.

"This celebrates the absurdity and competitiveness of that most unique of American "sporting events", the spelling contest. Each of the contestants battle not only each other but the expectations of parents; their own high hopes; raging hormones; and the pressure of being a winner."

A cumbersome beast. The first forty minutes were stretching my patience but then something magical happened after the story finally kicked into gear and the production flies especially in the second act.

I’ve never seen the ‘traditional’ interpretation so was not troubled by the choice of 40-50s style costuming. I have no idea what was going on as the story is surreal to say the least but the highlight came when the cast got their raunch on to McAvity the Mystery Cat.

Fabulously talented, gloriously outrageous and deeply personal, this was a highlight of the festival.

This one act play was the middle offering in a “Trilogy” of productions. It snuck up on me with its understated acting and beautifully drawn characters and navigates what could have been a very problematic twist.

Male Performer of the Year – Kingsley Judd for Animal

Female Performer of the Year – Rhoda Lopez for Madame Piaf

Thank you to ALL the actors, directors, playwrights, musicians and crew of ALL the productions I saw in 2013. It truly is a pleasure to see your work come to life. Perth has a vibrant theatre scene with amazing talent to be found. Long may it continue.

Posted by Richard Hyde at 15:46 No comments: