One of the pleasant discoveries of my theatre going year has been the regular staging of a tandem of one act plays at the Hayman Theatre Upstairs on the Curtin University campus. This gives the students an opportunity to produce a mix of theatre from well-known plays like one of tonight’s offerings to self-devised pieces to, occasionally, originally written work. The students also rotate directing, acting, and off-stage duties to give them a full appreciation of every department.

This Sunday’s programme definitely had laughs on its mind with the cleverly written comedy of errors, Albert, and the always entertaining The Real Inspector Hound by one of my favourite writers, the great Tom Stoppard.

A Finnish au pair, an Italian soccer fan, and an amorous Englishman walk onto a stage…The set up for a gag? Sure. But it’s a pretty good one as this production plays with miscommunication, stereotypes and ‘bloody foreigners’ to amusing effect.

Karin (Michelle Endersbee) is looking after a baby in an English household where the parents have left for the evening to go to the cinema… or bicycle riding depending on your language of choice. She is interrupted by Nico (Jeremy Bunny) who is there to visit his sister, the mother of said newborn. They in turn are interrupted by Albert (Caleb Robinson-Cook), eager to declare his love for the previous au pair who has only recently left. None of them speak or understand each other’s language so miscomprehension escalates amusingly as identities and agendas are hilariously misconstrued. 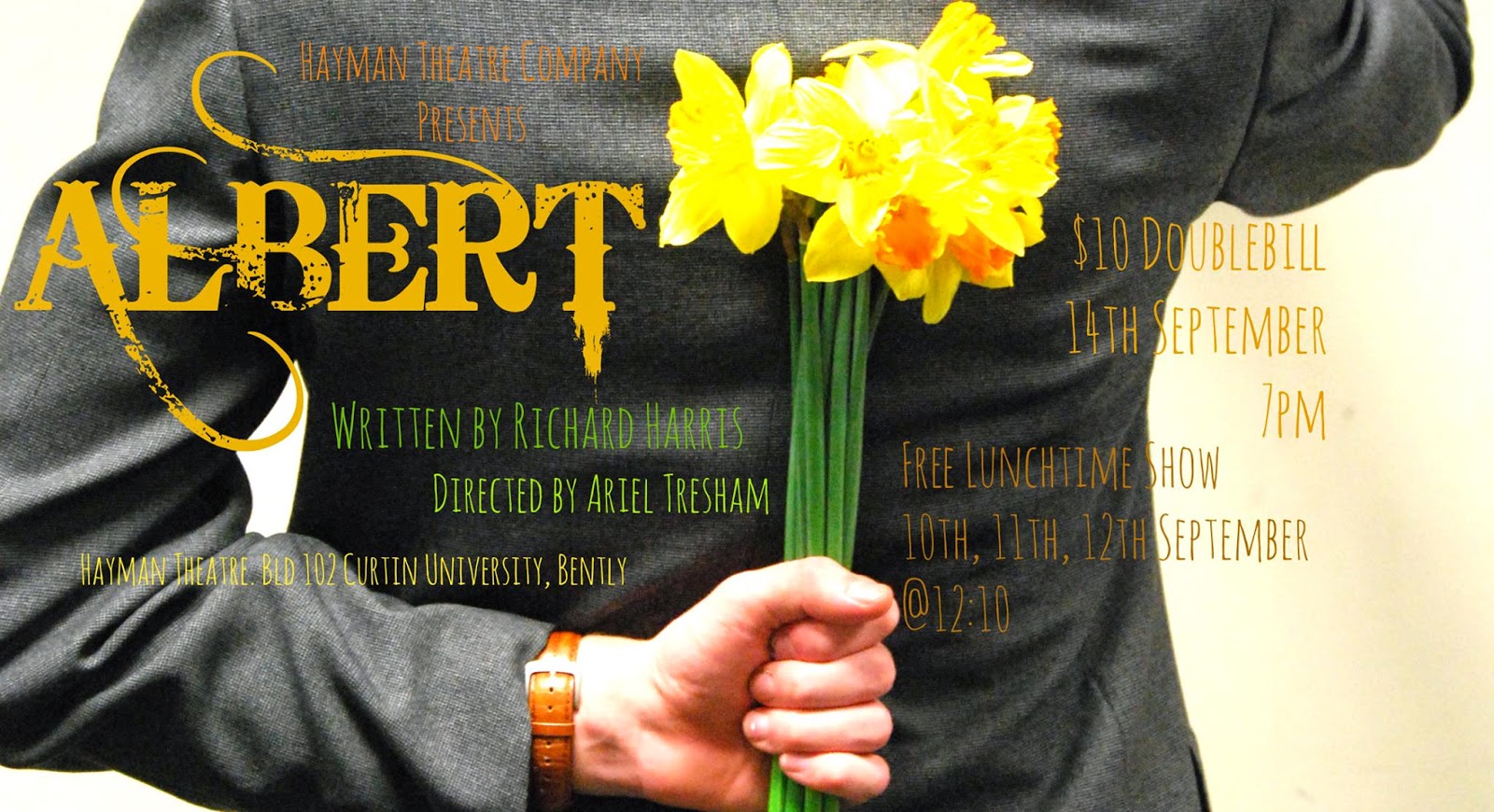 Endersbee plays it straight as the new nanny increasingly bewildered by events. Her Finnish accent never strays into caricature and she grounds proceedings with an air of Scandinavian innocence. Bunny is very good as the charismatic Italian who becomes increasingly frustrated with his inability to communicate with the other two… and the perplexing issue of the lavatory which (he thinks) he’s been told is the well-worn armchair. Yes, it’s that kind of humour. Robinson-Cook gives a knee-slapping, earnest portrayal which spirals out of control as he eventually comes to believe he is the father of the baby.

Directed by Ariel Tresham and Written by Richard Harris, this had good timing and was very amusing. It was a perfect companion piece for Hound which also features misunderstandings and mistaken identities galore…

Nobody panic but theatre critics are murdered in this production. I mean, in the play, not in the audience… though…

No, let’s not entertain that thoug—would someone answer that damn phone?!

The stage is set in an upstairs theatre cut off from the ground floor by a winding staircase surrounded by, um, marshes and, oh yes, a cliff. The chances of front of house staff arriving in time to thwart a madman are slim to none. I eyeball my fellow audience members cautiously.

Of course, Stoppard is having enormous fun taking the piss out of Agatha Christie style murder mysteries with their contrived, inaccessible settings and abundance of exposition. The great conceit is that two theatre critics are commenting in the wings and eventually get drawn into the drama on stage as the dead body (played with commendable stillness by Charlie Darlington) is finally revealed to be… 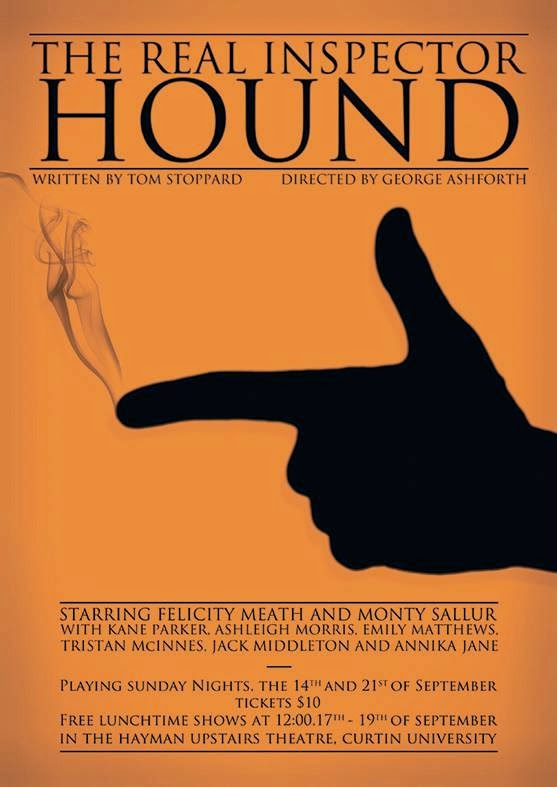 The first of those two critics is Birdboot (Monty Sallur) who fancies himself a ladies man and maker of (female) stars. His fellow critic is second stringer Moon sitting in for head critic Higgs who is indisposed for the night. In a slight departure from the norm, Moon here is played by a woman, Felicity Meath. On stage, in the rooms of Muldoon Manor, newcomer Simon Gascoyne (Kane Parker) arrives causing much consternation for the lady of the house, the widow Cynthia Muldoon (Emily Matthews), her guests Felicity Cunningham (Ashleigh Morris) and Major Magnus Muldoon (Tristan McInnes), and the ever present maid, Mrs Drudge (Annika-Jane).

The radio announces that a madman has escaped and Inspector Hound (Jack Middleton) soon arrives to assist. Birdboot and Moon will ultimately take centre stage as the whole thing folds in on itself with devilish glee. Who indeed is the real Inspector Hound? Who is the killer? Who is the dead body? Why are fiends murdering theatre critics? We actually are nice people… no, really!

The cast tackled this with a real exuberance that mostly works though sometimes chunks of trademark witty Stoppard dialogue were delivered at breakneck speed. A breath and a touch more measured pace would have been better suited to let the words weave their magic. They are all solid with Middleton a quirky Hound, McInnes a cartoonish Major, and Matthews a glamorous Lady Muldoon. It’s Meath and Sallur though who get to play the showpiece roles and they do well with the only reservation being the overly rapid dialogue at times. It’s a fun production and always entertaining to witness the reaction of newcomers to the play as the absurd yet clever revelations mount.

Directed by George Ashforth and Written by Tom Stoppard, The Real Inspector Hound received enthusiastic applause and ended a fun night out at Curtin.
Posted by Richard Hyde at 22:15