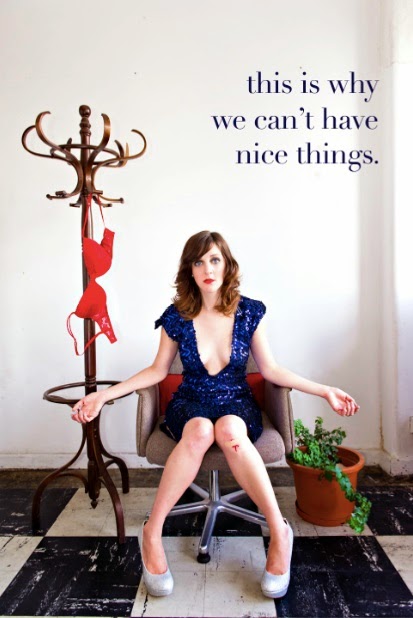 This hour long, one woman cabaret show by Gillian Cosgriff was staged at the intimate Noodle Bar, a part of the old Piccadilly Cinemas in the city. A front row seat meant I was only 2-3 metres away from Cosgriff who proved to be a vivacious, witty, and very charismatic presence as she combined original songs with insights into her life and that of her generation, those of the already nostalgic mid-twenties. The theme – we are oftentimes our own worst enemy whether it be through procrastination, poor choices, nostalgia… or the mysterious power of band-aids.

The songs are terrific – smart, funny, pointed – and Cosgriff has a wonderful voice and range. I did not have a programme so apologies if I don’t get the song titles correct, however, “The Great Procrastinator” certainly brought a wry smile to my face. Spot on observation of the things we do to avoid doing the things we really should do like, you know, become an adult (“Adulthood”). The songs also incorporated wonderful storytelling – “The Vegan and the Beekeeper” – where Megan the Vegan falls for Leigh the Beekeeper, unaware of the hives he keeps on the roof. Once discovered, she is badly stung and only the bees’ honey can save her – quite the dilemma for our heroine who we soon learn is firmly rooted in Cosgriff’s real world as a work colleague (sorry, Vicky).

And that is the beauty of this show – everything is based on true events. When not singing and playing the keyboard (and eventually the ukele after an amusing tuning mishap), Cosgriff gives hilarious anecdotes about her life and the creation of the show itself. We are told of ex-boyfriend Jasper, not the sharpest tool in the tool box but certainly the shiniest, who sent a serious of text messages after our heroine dumped him. These became the lyrics to “Jasper’s Lament”, mispronunciations and all (lolz). Then there was James whose indiscretions led to a pure tirade of a song that was devastating and funny in its honesty and brutality (and apparently just as satisfying every time to the singer!). An amusing sequence involves recorded messages of a drunken Cosgriff ringing ex-lovers and then there is the epic “Band-Aid Trilogy” where the shaving of legs badly can lead to all kinds of consequences.

When an audience member (take a bow Dennis) briefly left the Noodle Palace only to return later he became a part of the show in both banter and adjusted song lyrics. This is where Cosgriff’s real strength lies – she has a real flair for showmanship and is very sharp. The lyrics to one of the final numbers, “Prematurely Nostalgic”, were funny and perceptive … as is the whole show. Beautifully written and performed.

I was very happy I was able to see this – an extra and final show put on, no doubt, due to the tremendous response to this very talented performer.
Posted by Richard Hyde at 16:04

Email ThisBlogThis!Share to TwitterShare to FacebookShare to Pinterest
Labels: Cabaret, Fringeworld, Gillian Cosgriff, Perth Theatre Reviews, This Is Why We Can't Have Nice Things