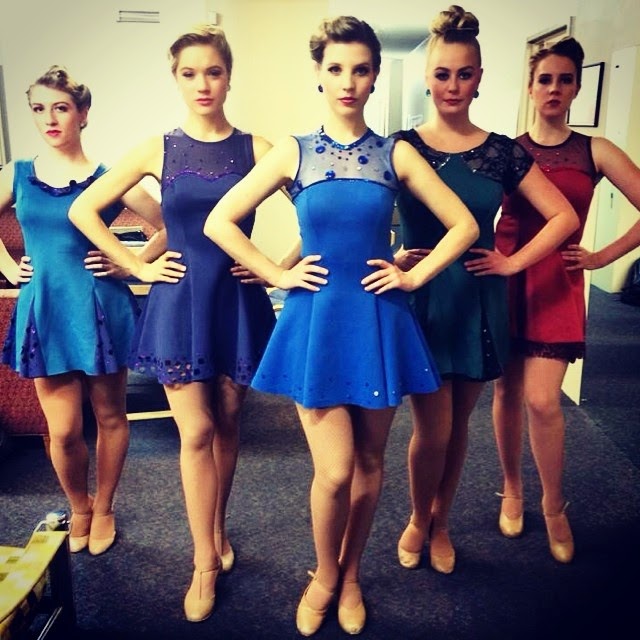 It was a big year for musicals, especially comedy musicals. From trailer parks to roller skating rinks, from Transylvania to the vastness of space, and even the Hollywood of the future to alien invasions in 1950s American suburbia, it was a wild ride. WAAPA proved yet again why they are the pre-eminent training academy for musical theatre in the country while the Koorliny Arts Centre had another strong year. There was the further emergence of a local writing and performing duo whose audacious ‘holiday special’ presages a very bright future.

1. West Side Story (WAAPA)
A spectacular production at the Regal Theatre boasting the combined might of WAAPA’s second and third year musical theatre students and a host of talented students from all other departments. Throw in a wonderful set, an orchestra in fine form, and one of the best ever musicals and it was a highlight of the year.

"It’s not a feeling I get often but the buzz around WAAPA’s mid-year showcase production at the Regal Theatre has been enormous and I was hoping, expecting, pleading for magic and that’s exactly what was delivered – magic of the most potent kind. If you had told me that baton was a wand I would have believed you."

2. Children of Eden (WAAPA)
A production that took me totally by surprise but left me thoroughly impressed as WAAPA’s second year students announced their arrival in exuberant style.

"I’m happy to report that any reservations I had disappeared almost immediately in what turned out to be a spectacular production. The second years were uniformly excellent; it is a beautiful score with wonderful songs; and the venue was comfortably configured and used to maximum effect. I walked away with a real sense of the ‘wow’ factor hence my delighted surprise."

3. Hair (WAAPA)
WAAPA’s third year students kicked off their final year with a bang with this performance of the rock musical that harkened back to the era of flower power and the Vietnam War getting the tone and atmosphere spot on.

"The main players were more than ably supported by the rest of the cast who had a wonderful sense of energy and chemistry as they genuinely enjoyed the playful choreography and playground style set. Then there was the eight piece band that was in terrific form led by musical director David King."

4. Oliver! (Mandurah Performing Arts Centre)
You know it’s been a good year when this joyous production is only fourth on the list. One of the highlights of 2014 was the massed cast including some 40 children performing Consider Yourself.

"When musical theatre gets it right, when everything is firing on all cylinders – the performances, the vocals, the orchestra, set, costume, lighting,everything – it is a sight and sound to behold."

5. Merrily We Roll Along (WAAPA)
The final production for WAAPA’s sterling third year class who lapped up Sondheim’s musical in the more intimate Roundhouse Theatre.

"After the big, elaborate musicals of the last few days over in Melbourne this show was a pleasant reminder that a stripped back production such as this in an intimate setting with talented performers and musicians can be just as entertaining and memorable. And yes, Mister Sondheim, I was tapping my feet more than once!"

6. The Jones/Woods Holiday Special (Holland St Productions)
A retrospective greatest hits package as hilarious as it was audacious that featured Gravity the Musical that lampooned and adored Alfonso Cuaron’s film in equal measure.

"This company of talented performers clearly relished working with such quality material and, again, there was real chemistry between them all. The fact that the show was put together with something like only three weeks rehearsal time is testament to their abilities. The audience response was as enthusiastic as anything I’ve seen in Perth – foot stomping intensity in fact! "

7. Young Frankenstein the Musical (Koorliny Arts Centre)
The very first production I saw this year and what a way to start. The kind of craziness that only Mel Brooks could summon brought to kooky life down at Koorliny.

"Based on the Mel Brooks’ movie of the same name, it exhibits the typical Brooks sense of humour as it parodies the horror genre. The gags can be a little hit and miss but I generally found this very funny. It is also performed and directed with great verve and there are many wonderful set pieces."


8. The Great American Trailer Park Musical (Roleystone Theatre)
Another great surprise of the year. What a raucous, hollerin' and a stompin' good time this was with a lovely sweetness under all that big hair, outrageous costumes and trashiness.

"What impressed me most is that beneath the raunchy and crass exterior that poked fun at the ‘white trailer park trash’ stereotype there was an underlying sweetness and genuine affection for these characters."

9. Point & Shoot: A New Musical (Holland St Productions)
I was fortunate enough to see the additional performance that was added to this show's run at Fringe. I can see why there was such a demand as this is clever, funny, and wildly entertaining.

"This is an hilarious and pointed satire of Hollywood and the filmmaking business with a clever plot ("twist") and biting lyrics. The four actors play multiple roles and instruments and all are in fine voice. The transitions are seamless and this rockets along at a frenetic pace."

10. This Is Why We Can't Have Nice Things (Gillian Cosgriff)
Another show I was lucky to catch at the tale end of its run at Fringe. Based on Cosgriff's own experiences the songs here are pointed, funny, and insightful, delivered with real panache.

"A front row seat meant I was only 2-3 metres away from Cosgriff who proved to be a vivacious, witty, and very charismatic presence as she combined original songs with insights into her life and that of her generation, those of the already nostalgic mid-twenties."

Female Performer of the Year - Suzie Melloy
In a spectacular show that did so many things so well, Melloy stood out as Anita in West Side Story. She "gives a star making performance as the feisty Anita – she is simply superb and a real charismatic presence."

Male Performers of the Year - Tyler Jacob Jones & Robert Woods
I am usually the first person to rail against ties but you can't really talk about one without the other when it comes to musicals. Jones and Woods as creative collaborators and performers are a potent combination with a huge future.

Rebecca Hetherington - Gives a fine performance as Mary, the heart and soul of Merrily We Roll Along. "Not only is her acting impressive but vocally she shines..."

Jesse Angus - A full tilt performance in Young Frankenstein where Angus "attacks the role (of 'Fronkensteen') with impressive energy and the appropriate level of mania."

Jon Lambert - Unrecognisable as Fagan in Oliver! after his stint as the Monster in Young Frankenstein. A very charismatic performance.

Madeleine Shaw - Steals the show as the eponymous lead in Cinderella. The petite performer has a divine singing voice and confident stage presence.

Kohan van Sambeeck - seemingly ever present as a musician in many of the WAAPA productions, van Sambeeck also found time to be Musical Director for The Last Five Years and compose his first original score for the play Closer.

An excellent year with many other great performances and a couple of shows unlucky not to make the final ten. Thank you to all the casts and crews, musicians, front of house staff and all the other people who make the magic of theatre come to life. I look forward to seeing you all again in 2015!
Posted by Richard Hyde at 08:16