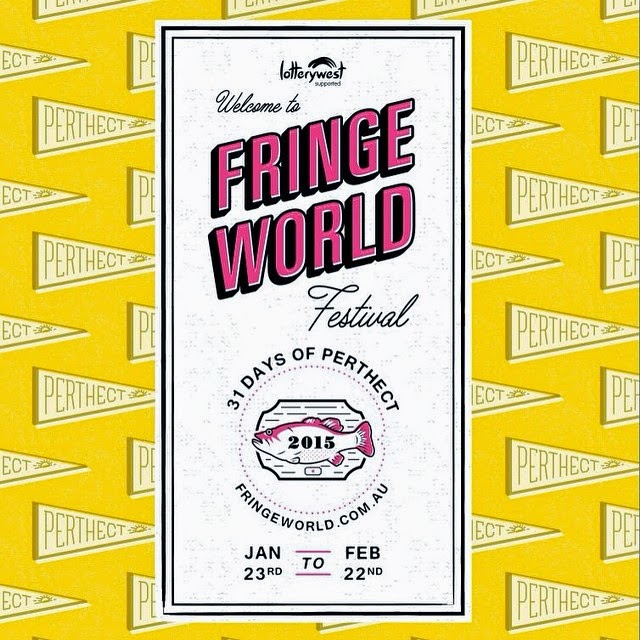 Let’s start at the ending first for ends are very much on this play’s mind – what happens when our time on this plane of existence comes to a halt? Where do we go? What occurs when we get there? What of those we leave behind? Do the memories of people and events become imbued in the very fabric of a place? What is the world between the living and the dead and why could it exist?

All of these are big questions to be sure.

Memories abounded at the historic Victoria Hall when local Freo personality, 92 year old Norm Wrightson was asked to share his experiences at the end of the play. In remarkable good health and with more than a dash of sly humour Norm told of his time as a band member playing at this very venue in the Forties when Fremantle was buzzing with seamen and migrants. You could almost see his fellow band members and their enthusiastic audience as they played, danced, loved and fought. Maybe this is what ghosts really are – our imaginations fired by memories summoned from those who preceded us.

The play itself was written specifically for this venue with its high ceilings, wonderful stage and real sense of atmosphere. The subsequent stories were based on real life characters with no small amount of embellishment of course, unless there really are ghosts that walk and laugh and wonder amongst us.

After an awkward start where we hear a recording of… an argument of some sort that is then replayed, a character called Ed (Jeremy Mitchell) slowly makes his way from the back of the hall onto an empty stage. It soon becomes clear that Ed is deeply troubled… and hangs himself. His wife (Chloe King) discovers his death which knocks her and their daughter Skyla (Kira-Che Heelan) into a cycle of paralysed grief and, in the daughter’s case, self-harm. This is exacerbated by the accidental death of her boyfriend Johnny (Obe Oldmeadow) who falls from the scaffolding at this very hall.

Johnny acts as our guide as we are introduced into a netherworld of ghosts who cannot cross over and are trapped in their own sorrow and regrets. A couple from colonial times, Elsie (Jessica Dalwood) and James (Caleb Olsen) who lost their 6 month old baby in a fire; Henry (Fraser Shepherdson) who went to Europe searching for his father during World War I who had by that time already died on the battlefield; a coquettish young woman Ethel May (Jitana Jamieson) who loves to dance; and various other ghostly apparitions all dressed in white including Sir Joseph Talbot Hobbs (Christopher Wortham) the actual architect of Victoria Hall who acts loosely as a mentor figure. Then there’s Ed himself. Johnny has a little trouble coming to terms with his ‘condition’ and those around him. Much philosophical discussion around the nature of life and death ensues.

Meanwhile Skyla and her Mum are literally haunted by the ticking sound of the clock Ed so loved in life. Johnny’s work colleagues, two painters (James Gill and Kai Arbuckle) who work on the ceiling, add humour as well as historical facts about the hall. It is indeed a character in its own way.

The acting across the board by a mainly young teenage cast was very good. Skyla is well played by the striking Heelan who doesn’t allow the character’s anger and grief to verge into melodrama. Likewise, Jamieson is all wide-eyed innocence and yearning as Ethel May. Johnny is played with suitable earnestness by Oldmeadow and the two painters add a common touch and a more ribald sense of humour. There is the occasional song accompanied by a piano at the back of the hall. Dalwood's Elsie who sang to her long dead child was convincing in her utter sorrow and there were lovely touches throughout such as the soldiers who kept watch even in death. King does a lot of the heavy lifting as the grieving widow and fearful mother in a fine emotional performance.

The space was set up as cabaret style seating and while many people liked that some scenes were played amongst the audience I was near the stage so most of that was behind me. Lots of twisting and turning for those who wanted to follow the action. The acoustics were terrific where I was with the soundscape from the front speakers and the dialogue crystal clear. The stage was simply set with scaffolding at the back and a coat rack stage right where Ed’s overalls hung with great significance.

The deaths were well handled as were the tales from the ghosts as they shared the cause of their predicament. There was a pivotal scene, however, where Ed talks to his wife and physically interacts with her. This came out of nowhere and I think it needed to be established earlier that the ghosts could physically affect the living otherwise it opened up a whole host of questions. Why couldn’t the painters see Johnny? Who could see who under what circumstances? If Ed could visit his wife why couldn’t Johnny visit Skyla or Henry his Dad etc?

That Johnny ultimately does go to his girlfriend seemed more like script mechanics than an organic decision even though the use of a linking song device was good. It would be nice if the spurned Ethel May told the tyro ghost that this was possible and released him. Skyla’s reaction was also interesting though her immediate response was masked as she turns away from the audience to face Johnny. I wanted to see her face, the confusion or fear or joy or disbelief in her eyes so this felt like a lost moment.

Other than those quibbles this was an atmospheric and interesting exploration of grief and loss with a tale anchored in the very building it was set. I did wonder though whether the audience should also have been a ‘character’ of sorts as we were in the ghosts’ space but only obliquely acknowledged. It all ends in a lovely moment as the cast, scattered throughout the hall, beseeched us to live life to the fullest before being taken by the darkness… then blew out their candles. Nice touch.

Written and directed by Julia Perkins (in collaboration with cast and crew) this was a very mature and intelligent piece of theatre.
Posted by Richard Hyde at 21:21