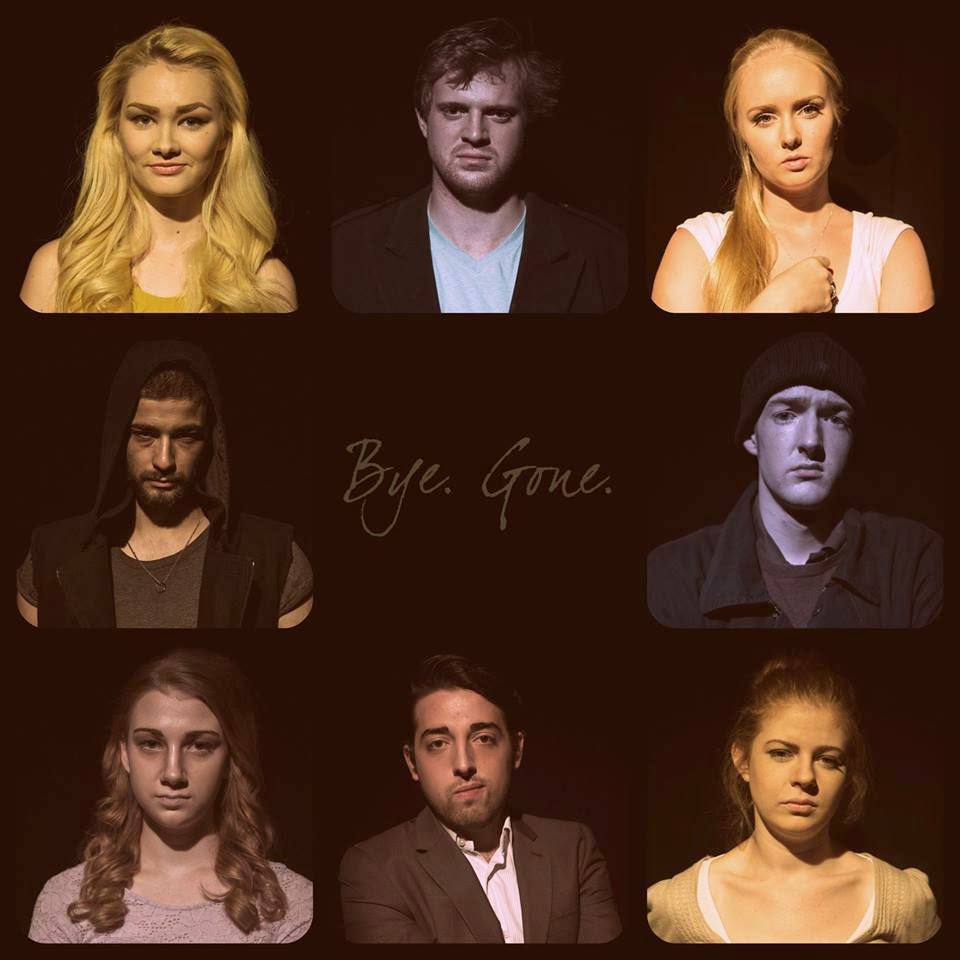 “You can’t run away from the pain.”

A young man (Nic Doig) is stirred from his slumber in the snow by an old war veteran (Daley King). As they talk both men are visited by visions from their past – the ghostings – that reveal how each man has come to this strange place and why. War has raged for ten years with the promise of twenty more to come. The Old Man has already experienced its horrors, able to recite the number and method of those he has killed. The Young Man is disorientated but seemingly there to meet a friend.

Their memories are played out through The Reflection (Andrew Dawson) who portrays both men – in childhood, young adulthood, through key moments of their past, some good, most clouded by the pall of missing fathers and stern mothers.

The play is a fascinating rumination on guilt, regret, pain and, ultimately, choice. The setting is deliberately surreal – the set covered with white sheets to depict Alaska while clever use of lighting and an excellent soundtrack by Drew Krapljanov usher in the transition to what, in effect, amount to flashbacks as memories are played out before the two men.

Daley King is a strong presence as The Old Man who questions and cajoles The Young Man with authority yet also regret as his secrets are slowly revealed. Nic Doig’s Young Man is more the innocent with the much calmer temperament of the two as he grapples with his current predicament and the examination of his past. Both get to play narrator as memories are re-enacted telling us, particularly in The Old Man’s case, what are lies and what is the truth.

Andrew Dawson not only plays both men in the various memory scenes but over different timeframes – a young child hurt in a fall; playing robots with a childhood friend; moments of first love as a teenager; a café patron on the hunt for rhubarb pie; promising the now older friend that he will enlist and join the war. He does an excellent job in playing an array of emotions in these diverse scenarios.

The key memories, however, revolve around the fractious relationship the men have with their mothers, both women played by Emily David. Motherly concern is paramount but expresses itself in predominantly negative fashion with the slaps David delivers to Dawson (as the Young Man) flinchingly real.

The cast is rounded out by Launce Ronzan as The Friend who goes from wanting to be a robot with a chainsaw for a hand to enlisting to fight in the war and calling The Young Man a coward for having doubts about doing likewise; Shannon Rogers is The Lover who is despised by The Young Man’s mother; Chelsea Kunkler as The Stranger who visits the café every Monday and Friday that The Old Man used to frequent; and Rhianna Hall as The Owner who injects some playful humour as she talks to The Old Man in those past memories.

The whole thing is played out to a thought provoking conclusion that had the audience chatting away as the lights came back up. Indeed it is a thoughtfully written and constructed play with the “flashback structure” allowing great insight into the two main characters. Written and directed by Scott McArdle I enjoyed this examination of the past and how it informs our choices despite of, or indeed perhaps because of, the mistakes we make and the guilt we feel because of them.
Posted by Richard Hyde at 18:44