The final production of the trip was the newly minted Helpmann Award winning Best Musical for 2014, The King and I. What immediately strikes you is this – Lisa McCune is a star. She gives a commanding performance (pun fully intended) and, I must say, looked stunning in an assortment of costumes befitting the period. McCune sings beautifully, shows a deft touch with the younger cast members, and had good chemistry with Lou Diamond Phillips especially in the more comic sequences.

Phillips, while perhaps not that strong a vocalist, gives a charismatic performance and is clearly enjoying himself in the role of the King of Siam. He delighted the audience at final bows, hamming it up a little as the curtains closed. 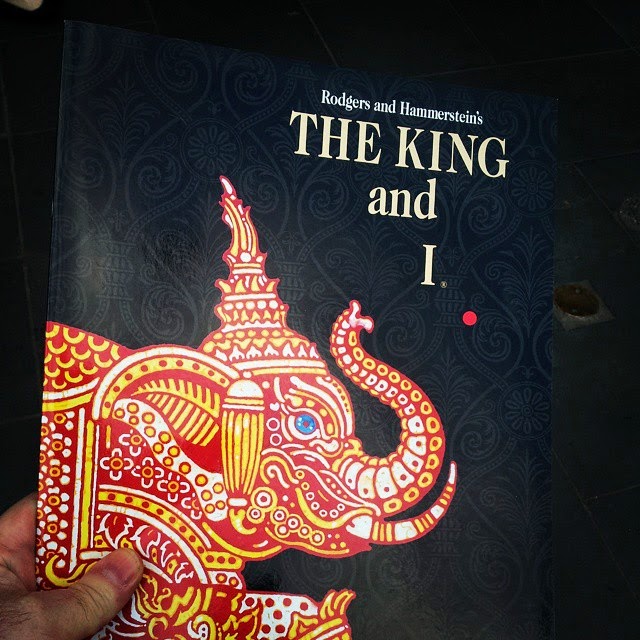 The costumes are sumptuous and there is an array of gorgeous drapes that provide backdrops throughout. The set itself is very simple especially when compared to the intricacies involved with Wicked and Les Miserables.

I also found it a quite static production which is perhaps as much to do with its construction (it is, after all, 63 years old) rather than the staging – long dialogue passages with many of the set piece songs essentially a featured performer or duets only. It’s not until The Small House of Uncle Thomas in the Second Act that there’s real movement and, of course, Shall We Dance? that soon follows.

The child cast are charming and each has a featured moment during the introduction to the King’s children. Adrian Li Donni (as Lun Tha) and Vivien Emsworth (who played Tuptim for this performance) had a couple of lovely duets as the illicit lovers in We Kiss In A Shadow and I Have Dreamed while Marty Rhone was suitable stern and officious as The Kralahome.

The orchestra was strong and there are well-known tunes and standards here that were done very well with McCune at the forefront (I Whistle A Happy Tune, Getting To Know You, and Shall We Dance?). It was certainly interesting to compare the distinct stylistic differences with its more modern brethren and it’s perhaps appropriate that the show was staged in that grand old dame of a theatre, The Princess.

(Excerpt from Three Musicals and a Blockbuster)
Posted by Richard Hyde at 18:38