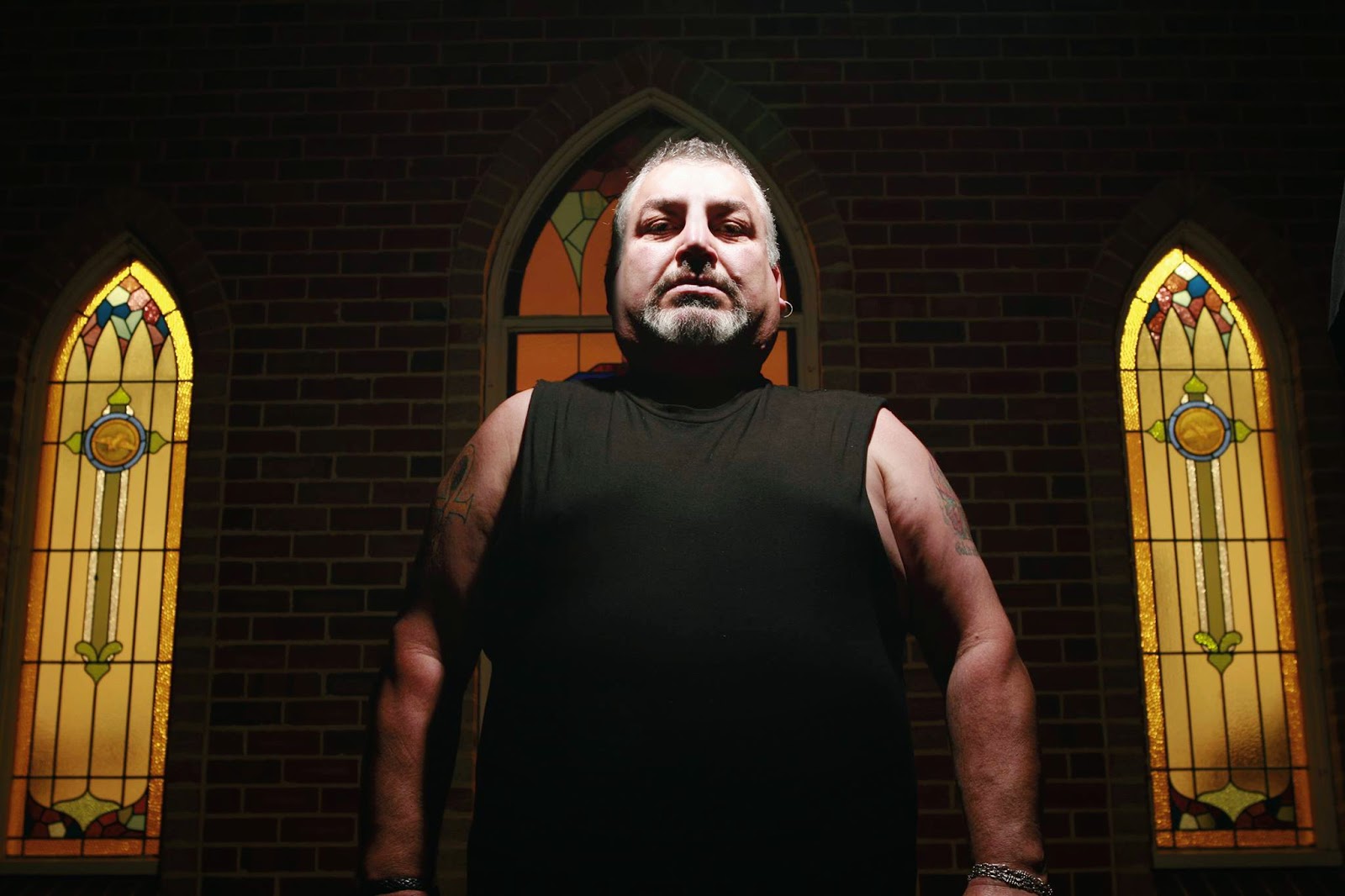 I attended opening night of The Standover Man which is on at the Subiaco Arts Centre as part of the Independent Theatre Festival and runs until Saturday.

I couldn't have been more impressed. This is a beautifully written, performed and staged play. I am going to be a little oblique about the story because the writing is excellent and the play unfolds with great skill to reveal its secrets and mysteries. That journey really needs to be experienced first hand.

Suffice to say, it is a set of stories that collide in various ways:

A standover man (Mario Piccoli) who hears the voice of Joan of Arc, takes in an angry teenager (Esther Longhurst) who wants to fight the world.

An accountant (Nick Maclaine) who is also a hitman for the mob, starts a relationship with a divorcee (Laura Hopwood) after they have a minor car accident.

Then there are the two tales narrated by Joan of Arc herself (Laura Hopwood). Theo Messenger gives added support in various roles.

I admit, at first, I was a little unsettled and confused about the narrated tales but their purpose and significance slowly become crystal clear to devastating effect. The introduction to each character and their predicament is handled with a "knock" (the standover man coming to collect money from the teenager), a "bang" (the accountant and divorcee exchanging details after a minor bingle), and a "smile" (the accountant capably dispatches a nightclub owner for his "boss"). Swirling around this are the machinations of the underworld as a merger is threatened by the rash actions of the teenager. It all barrels towards a surprising climax and a subtle yet telling punctuation point of a reprise that hints that this tale will forever be ongoing.

The performances are very good. Esther Longhurst is outstanding as the teenager who has a point to prove and will take on anyone to do so. Nick Maclaine turns on the charm as he woos the divorcee but is nothing less than businesslike carrying out his underworld duties. Mario Piccoli's eponymous character is an interesting mix of menace with a softer side (the fastidious care of his precious rose bush) with a dash of "crazy" as he responds to the Joan of Arc in his head. Laura Hopwood shines as the uncertain single mother and the imploring French historical figure.

The latter character is an unusual but inspired choice as a real curve ball that adds another dimension to the type of seedy criminal setting we've seen before. There is also a healthy dash of black humour.

The staging is inventive with interesting use of lighting - hand held torches give mood and atmosphere as characters are cast in shadow or highlighted accordingly. Lots of darkness and stillness as well. The stage itself is economical with the bed doubling as a car (again with the use of simple lighting props), a kitchen table, a picketed back section and a side wall with door. The transitions between scenes are seamless.

This really is impressive - a tight script, wonderful performances, all immaculately staged. With only three more performances remaining I highly recommend The Standover Man.
Posted by Richard Hyde at 16:26